So I’m a little bit behind on posting, but better late than never! For little man’s 2nd birthday we threw a eco-friendly Things That Move party! Because we all know 2 year olds are nothing but on the move. Instead of getting sponsors this year like I have in the past, I decided to do it all myself. But the people I worked with are so awesome, I want to give them recognition because they have some amazing eco-party supplies!

I found an awesome custom printable company on Etsy called StorybookLaneCrafts. She had several awesome packages that you buy, download and print yourself- which I love because you can choose what to print instead of having items you don’t need plus you can use recycled paper.
She was able to make us a custom kit with several of her designs since she had several cars, trucks, planes, trains, and road signs. She also made our invites and thank you cards. Excellent customer service, great quality, and love that we can still use the printables in Keenan’s room.

The kit also included tent cards which you can have her customize or edit yourself. 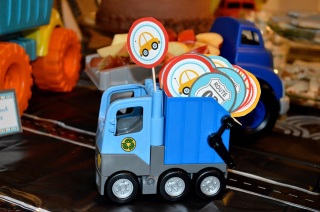 In October, I won a giveaway from Susty Party. It happened to be black plates and cups, which were perfect for our party! I had a custom stamp made and with white ink, it looked awesome on the cups.

Susty Party creates disposable tableware from renewable or sustainably harvested materials, and made in North America. 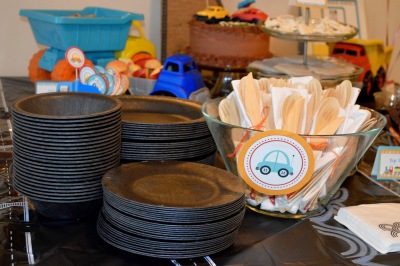 We also used the road tape to put on a white tablecloth and taped to the floor using road washi tape from 2Berry Creative for the kids to sit and eat their cake. 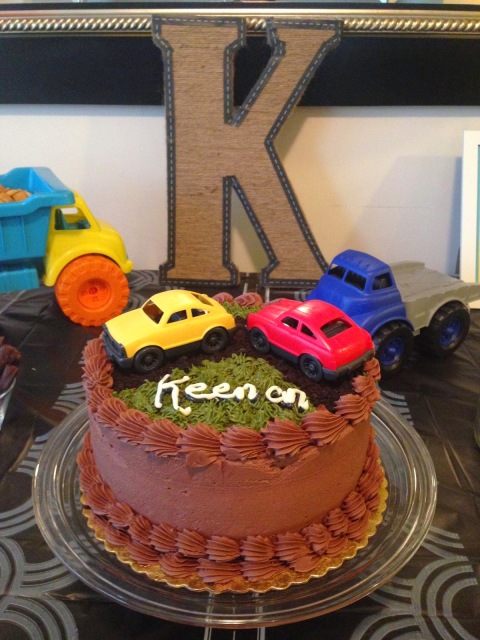 I also used the washi tape on a wooden K that has been used at my babyshower and his first birthday. This year I decided to take it easy and I let Whole Foods make the cake.

I have to say I am more than impressed with their customer service. They called me the morning of the party to let me know the cake wasn’t ready and no one was there who knew how to make vegan icing. Of course I was freaking out. 15 minutes later the bakery manager called me to let me know she would handle it, deliver the cake to my door by the time of the party- for free, and asked if there was anything else she could bring. The cake was delicious!
Instead of using disposable plates for the food, we used Green Toys trucks, trains, and some other trucks we had around the house. Here are some of the other organic and dairy-free themed food we had: 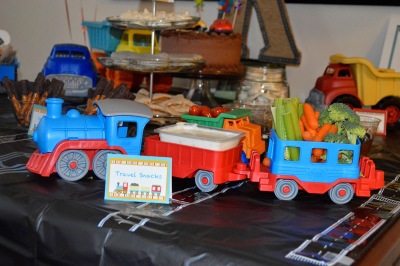 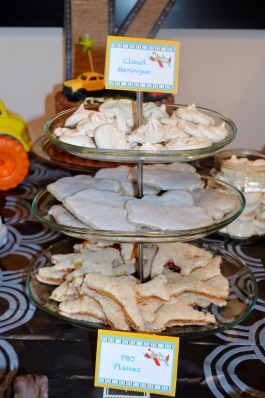 The kids played indoors on small riding toys, played on our Ikea road carpet, and played pin the propeller. It was a blast!

For recipes, you can check out my Pinterest board!
Advertisement