During winter break I decided I was going to finally finish a novel that I started over the summer. Being back in school has left little time to read and write for pleasure. This semester was the hardest so far. On top of taking biology and clinical research, I was still working from home while taking care of little man- on top of moving and getting married 🙂 As much as I would have loved to be writing, reading, and researching- it just wasn’t in the cards.

On my first day of break, I started reading, Save Yourself by Kelly Braffet, and I got totally enthralled by the book. It is an intense dark thriller- perfect easy read. And I was so excited that little man was actually letting me read while occupying himself as I raced through the pages. Then I got to the end. And it was like the author just gave up on her story. It was rushed. It was messy. It just ended and I felt let down. I felt like I wasted my time.

Which made me think about my blog. I guess I kind of just gave up, rushed it, and its been pretty messy for the past year. I feel like I’ve let you down and myself. I spent a ton of time and energy building a readership, building the blog and finding sponsors, not to mention the research behind lots of my earlier articles. I had so much fun building relationships with you and vendors. Now its all fallen through the cracks, and it makes me sad. So my 2015 goal is to slowly pick back up and hopefully I will have the blog hopping again by this time next year!

Thanks for sticking around! 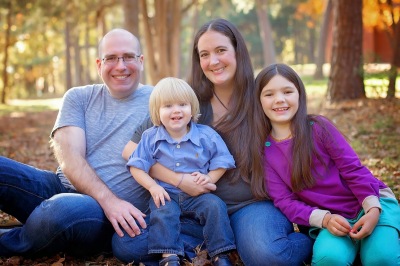 *I received a copy of Save Yourself from Blogging For Books.

Save Yourself by Kelly Braffett

“Patrick Cusimano is in a bad way. His father is in jail, he works the midnight shift at a grubby convenience store, and his brother’s girlfriend, Caro, has taken their friendship to an uncomfortable new level. On top of all that, he can’t quite shake the attentions of Layla Elshere, a goth teenager who befriends Patrick for reasons he doesn’t understand and doesn’t fully trust. The temptations these two women offer are pushing him to his breaking point.

Meanwhile, Layla’s little sister, Verna, is suffering through her first year of high school. She’s become a prime target for her cruel classmates, not just because of her strange name and her fundamentalist parents: Layla’s bad-girl rep proves to be too huge a shadow for Verna, so she falls in with her sister’s circle of outcasts and misfits whose world is far darker than she ever imagined.”