It is LEGO KidsFest weekend and my kids were stoked to attend! They had a blast playing with the millions of LEGO bricks in each of the stations:

It was a bit overwhelming, but they had a blast building- especially in the huge LEGO brick pile!

My favorite was the entrance where there were life-size LEGO models- and Rey was included!!

My son had a blast building a race car with his dad and then racing his sister! 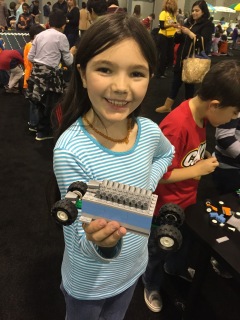 My daughter loved the Mixels station and having hers displayed! 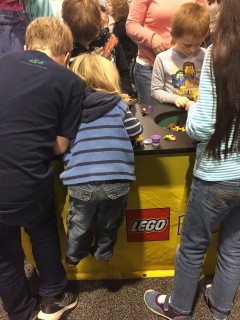 And as a family, we loved the Star Wars relay race where we built a ship together. 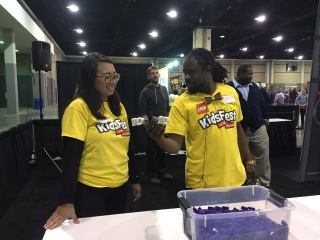 Five sessions – all identical and 4 1/2 half hours in length – are held at each tour stop. LEGO KidsFest tickets can be purchased at http://www.LEGOkidsfest.com. Tickets are $19 for the Friday and Sunday afternoon sessions, and $22 for both sessions on Saturday and the Sunday morning session. On tour since 2009, previous LEGO KidsFest tour stops have included major cities such as Chicago, Boston, Dallas, Atlanta, San Jose, Cleveland, Richmond, Phoenix, Portland and more.

Sample Disclosure: The opinions expressed above are honest, accurate, and not encouraged anyway by monetary donations. A sample free of charge was received from said company, as stated within the editorial.